This is the time of year that I usually write a post about the flu. We actually have not heard too much about how this flu season is looking. That doesn’t really matter. There are ways to help care for ourselves and our family as a whole if we do come down with the flu, or experience lingering affects from the flu. Homeopathy can help with all of these.

Previous Posts About The Flu

Here are links to prior posts that I have written about the flu:

Taking Care Of Ourselves

Changes are happening all the time in our lives. We have losses – a loved one dies, a marriage ends, an expectation isn’t met, being fire from a job. We have new beginnings – a new home, a new educational program, a new job. Even the changes of the seasons and the time can affect us. It is okay that we are affected by these changes. It is life happening.

When these these changes happen, how do we respond to them? How do we react? 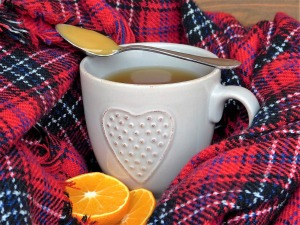 If we are not in our best health, we may be more susceptible to coming down with the flu. Taking care of ourselves can involve different kinds of healing modalities, walks, pursing activities we love, eating good food, sleeping well, exercising, laughing, being with people we love, and more. When we take good care of and respect ourselves, we are in a better place to care for our loved ones.

In a way if we do become ill, with the flu, it is often our body saying, “Hey, I am making you rest so you can take of yourself. Slow down.” And the body has a wonderful ability to heal itself, of taking care.

If I can be of any help, regarding the flu or any other health concern you may be experiencing, I encourage you do contact me here or through my website www.homeopathytoheal.com. Homeopathy helps and heals in many ways.

I know the flu season is technically over for this year. Sometimes, someone has had the flu, and has moved through it fairly well, but there may be some symptoms that linger, and this may continue for a period of time. The person may still be experiencing a lot of weakness, have difficulty breathing, running a low grade fever, feeling achy, and just not feeling well. This state may not be all the time. It may be at certain times of the day, such as at the end of the day. The person is just not feeling well, and are not back to the way they were feeling before they had had the flu.

A patient I have seen for many years called me. She was not feeling well and had the flu. This was 4 – 6 weeks ago. I had her take the homeopathic remedy that she has been using, and it helped with the flu. About 2 weeks ago, she called and said that although the flu was gone, she still was not feeling back to herself. I had her take another dose of the remedy, but this time it didn’t help. She came in for a consultation, and I took her case to find out more about how, and what she was feeling and experiencing at this time. A different remedy was needed. She was having episodes, she would say, of needing to lay down because she was feeling very weak, and having a difficult time breathing, of taking deep breaths. She was worried about what was happening to her. She felt anxious, almost like a panic attack, but not so, she said These episodes would come on very suddenly, and she needed to go lay down when they came on. They lasted for awhile. This happened at any time of the day. And often when she did too much, so she was limiting her daily activities.

Never Been Well Since

This is an example of never been well since. Someone has been ill, as with the flu, or there has been a trauma, or a fall, or an emotional upset, and they haven’t been better since then.

As a coincidence, I was talking to a woman this week at a meeting. She remarked during our conversation that she had been sick, and then was better, But the last three weeks she hadn’t felt well. I wondered if there has been a lingering of the flu, or something else had happened in her life, and there was a lingering from that. Perhaps, she too was experiencing a never been well since.

Whatever the situation is, the focus is always on the person, the individual person. It is not treating the disease, which is really just a name or a label. It is always treating the person, finding out what is bothering them and how they experience it.

If you, or someone you know, has not been well since having the flu, homeopathy can be helpful and healing. I would be happy to talk to you. I offer a Get Acquainted Phone call. Either contact me here, by leaving a comment, or through my website www.homeopathytoheal.com,