Over the years, I have seen women of all ages – young girls to women in their 80’s – for various health concerns. I have observed that for a lot of these women, the complaint that brought them in for homeopathic care, was related to their cycle in some way. For instance:

From this, I observed that a woman’s cycle – her monthly cycle, the hormonal changes she 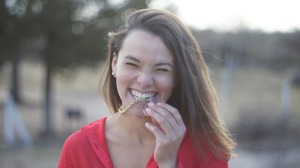 experiences, the cycle of reproduction – is very important, and very much part of her case when having homeopathic care. In this cycle, there are changes that occur to her body, to her reproductive life, to her emotional life, and to her mental life. These responses and changes are all important.

Some Of The Women I have Seen

1. A woman in her 20’s, who experienced severe cramping during her menstrual cycle. She had considered using birth control medication to ease the pain and the discomfort. But she had decided to use homeopathy instead.

2. A woman who had used birth control medication since her teenage years, decided not to use it anymore. After stopping the birth control, a skin eruption developed in her groin area, which was extremely uncomfortable. Over a year or two, she saw several different doctors of different specialties for help. The treatments that were given did not help in the long run. She decided to seek out homeopathic care. With a healing from homeopathy, the skin eruptions subsided and disappeared.

3. A woman who was planning to have another child, came to homeopathy for help for a particular on going health concern. She was taking daily medication for this concern, but did not want to increase the medication in a future pregnancy, as she had had to do in an earlier pregnancy. With homeopathy, the remedy not only helped with the health concern, but also helped with morning sickness, and when she became ill during the pregnancy, such as with a cold, cough and flu symptoms.

4. A woman in her early 50’s was experiencing hot flashes at night and during the day. She would wake frequently 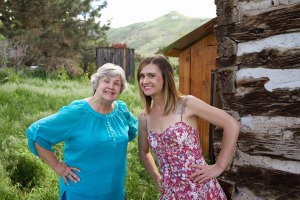 during the night, which affected how she felt during the day – a feeling of not been rested. She also felt very emotional and would easily come to tears. This would happen often at work. Her menstrual cycle was becoming less regular. Homeopathy helped with the hot flashes. She felt more rested and was calmer emotionally.

5. A woman who experienced vaginal dryness and pain while having sexual relations with her husband came for homeopathic treatment. She was very unhappy in her marriage. With the healing from the homeopathic remedy that was similar to her (Like Cures Like), she was able to make changes in her life that led to a more fulfilling life.

6. An older woman who was experiencing a lot of fatigue, found it difficult to do her daily activities. With the homeopathy remedy that fit her, her energy returned.

7. A woman who experienced headaches very frequently, noticed that the headaches were worse right before she started her period. At these times, she became quite incapacitated, making it difficult to take care of her children. With homeopathy, the headaches decreased, and she was able to be fully involved with her families activities.

8. A woman had started homeopathic care, from which she felt calmer and was better able to manage her life and her business. She became pregnant soon afterwards. The homeopathic remedy continued to help her through her pregnancy, especially when she was experiencing morning sickness.

Homeopathy is truly a holistic form of medicine. A woman’s cycle is a very important part of her whole being. Homeopathy is helpful for a woman at whatever age she is, and for whatever part of the cycle she may be experiencing some difficulties – puberty, menstrual issues, fertility issues, pregnancy, during the birth, postpartum, menopause, and her life after that.

If you, or a woman that you love, are experiencing an ongoing health concern, I invite you to contact me, to see how homeopathy can be of help to you, or to her. Either contact me here on this blog, or through my website www.homeopathytoheal.com.

I am a classical homeopath. I attended The School of Homeopathy in Devon, England and the California Center for Homeopathic Education in San Diego, California. The latter program focused on the Sensation Method. In my practice, I see babies through older adults, for all kinds of health concerns, ranging from skin eruptions, asthma, women's issues, insomnia, sinus issues, anxiety, depression, chronic fatigue and more. www.homeopathytoheal.com

4 thoughts on “A Woman’s Cycle”